Link to the project: Happy Hour

If you are surrounded by happy people having a good time, you are more likely to be happy yourself. 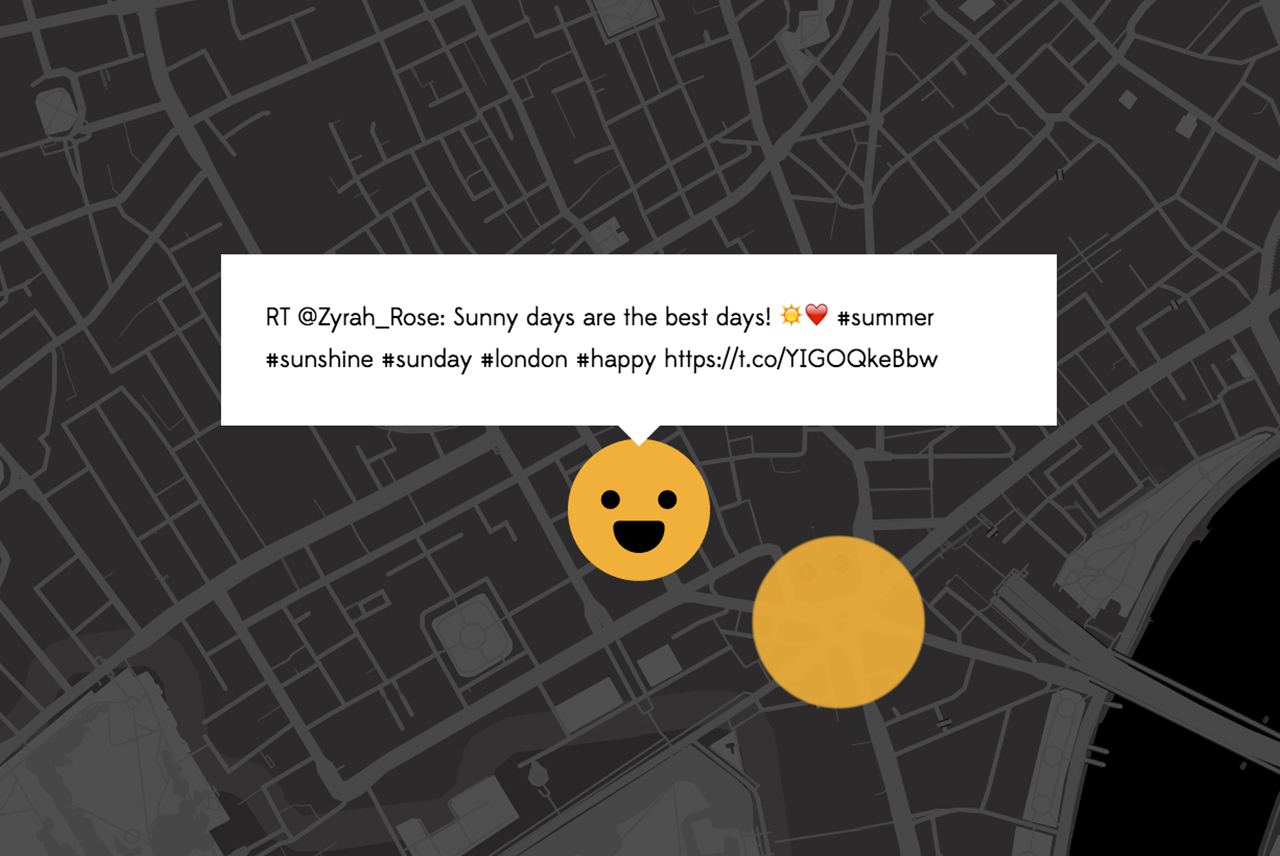 What you see is a rendering of the feeling of happiness from a local to global scale, deeply emotive at its core. 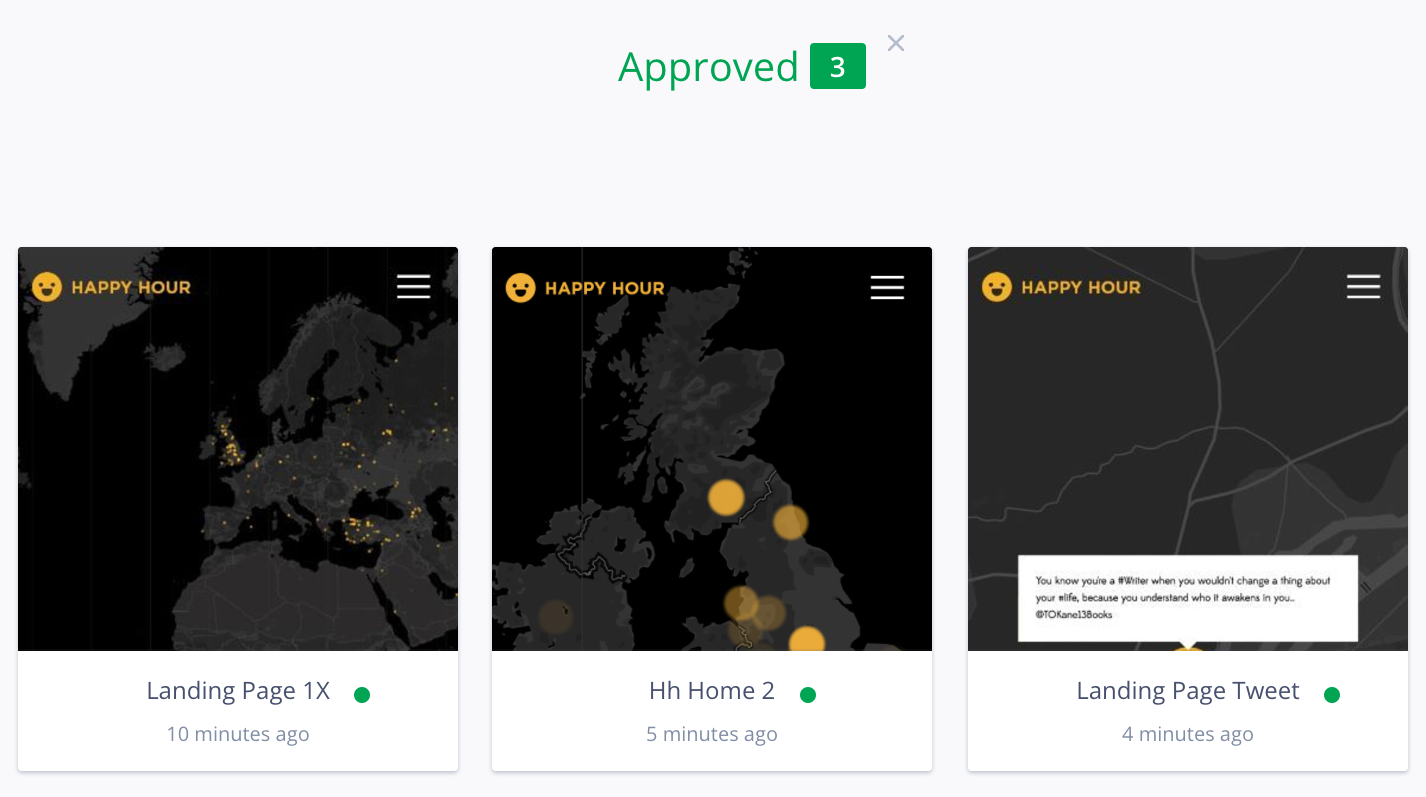 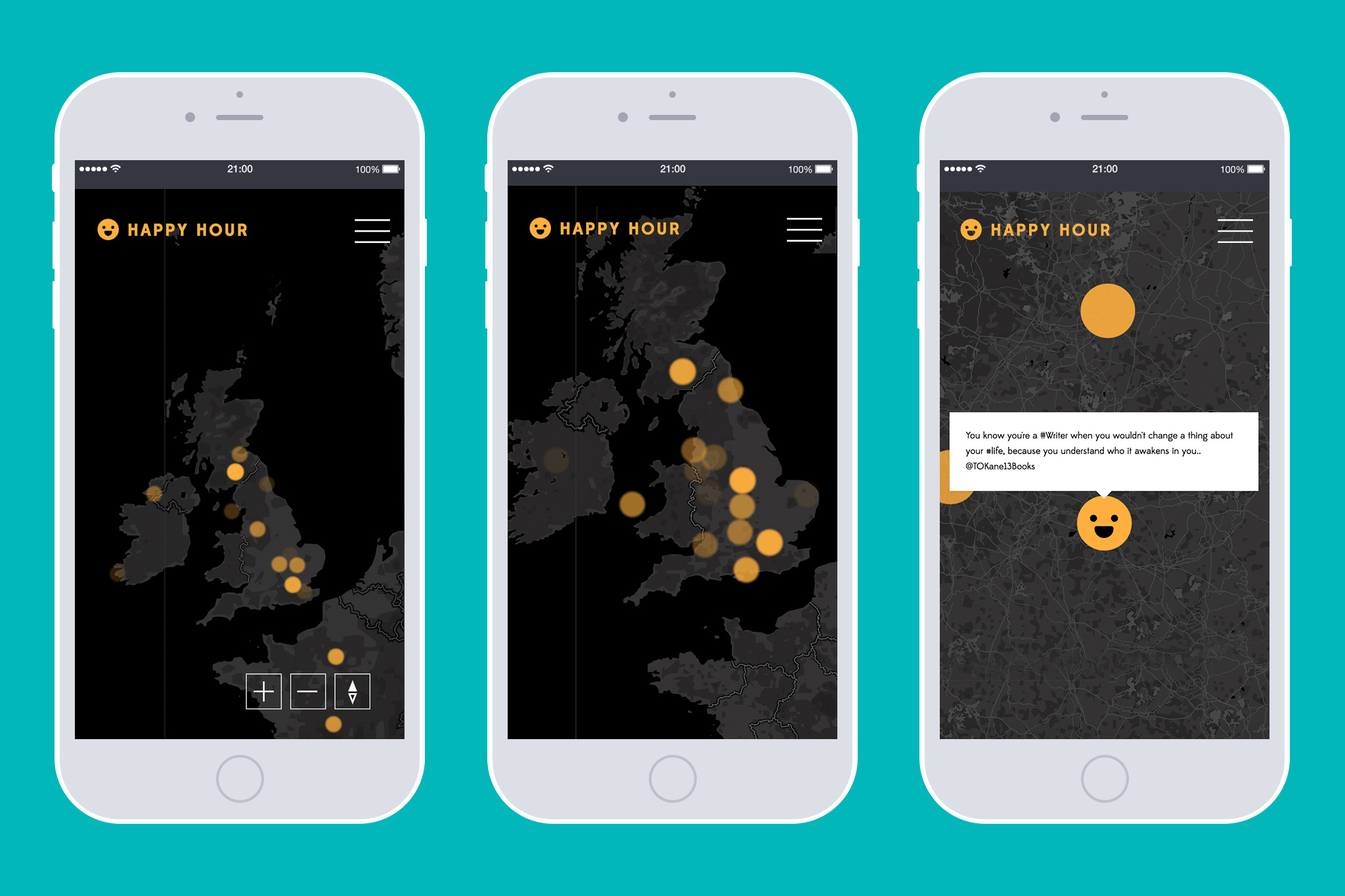 The website maps happiness across the world using Twitter and Mapbox. The map gets responses from the Twitter API, applying an algorithm that filters out negative sentiments for:

. #happy in various languages
. Other selected positive sentiment hashtags
. The keyword happy
. A profanity filter
. An amalgamation of three sentiment algorithms that studies the content of tweets.

Markers representing the response from the Twitter API are plotted onto the live map, with a request to update the data made every half a second.
Yellow is used for the dots because it is a colour universally known to convey happiness. Some titles and rollover interaction reveal the complementary aqua colour, also a positive colour, associated with emotion and perception. 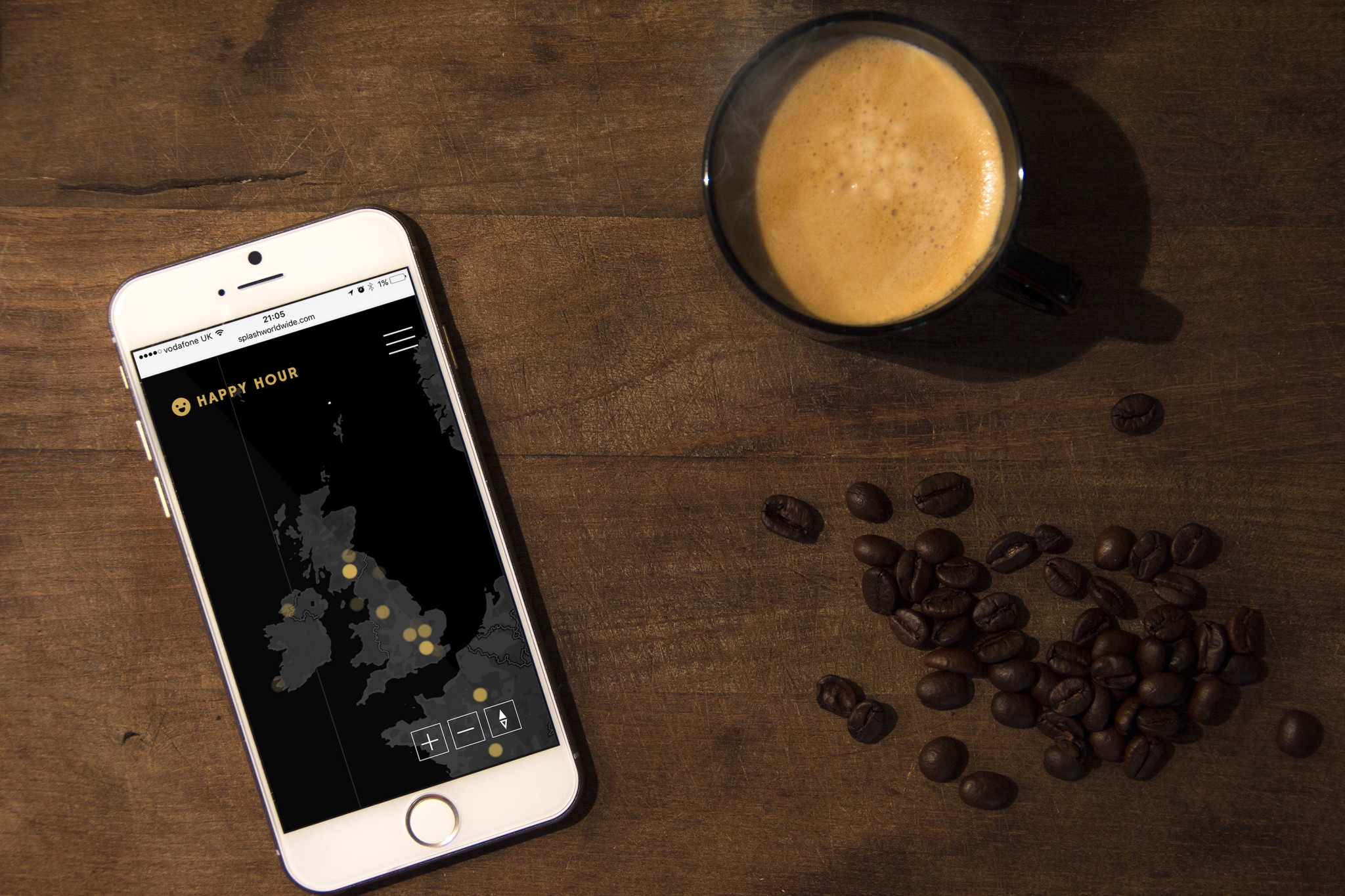 The base map is monochrome to create more contrast between the map and the happiness dots. Using opaque feathered dots, the density of happiness is immediately visible.

Visual cues are adopted from social media, in tandem with the emotive happy concept, to create a happy emoji identity, with multiple states of simplification. 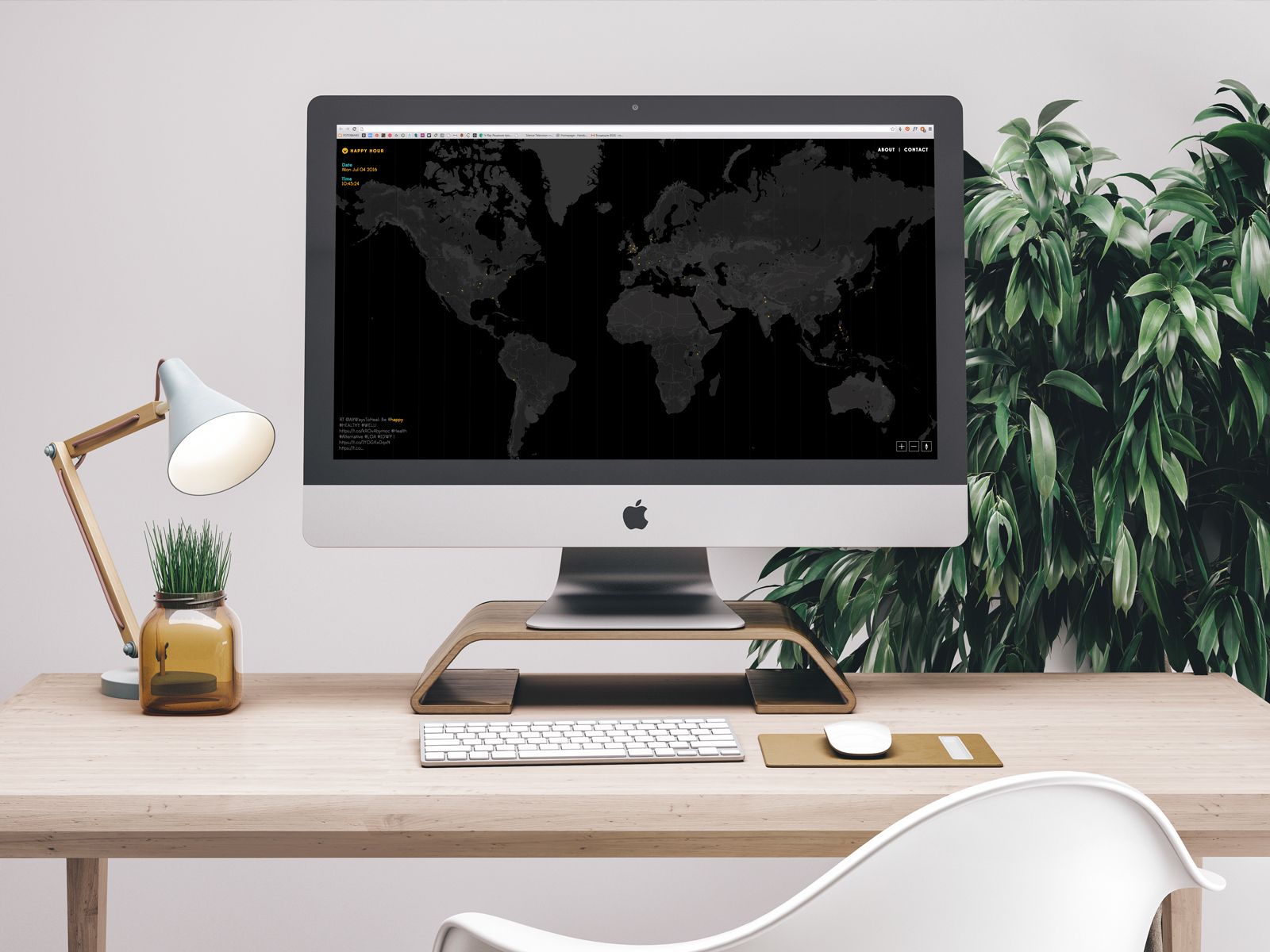 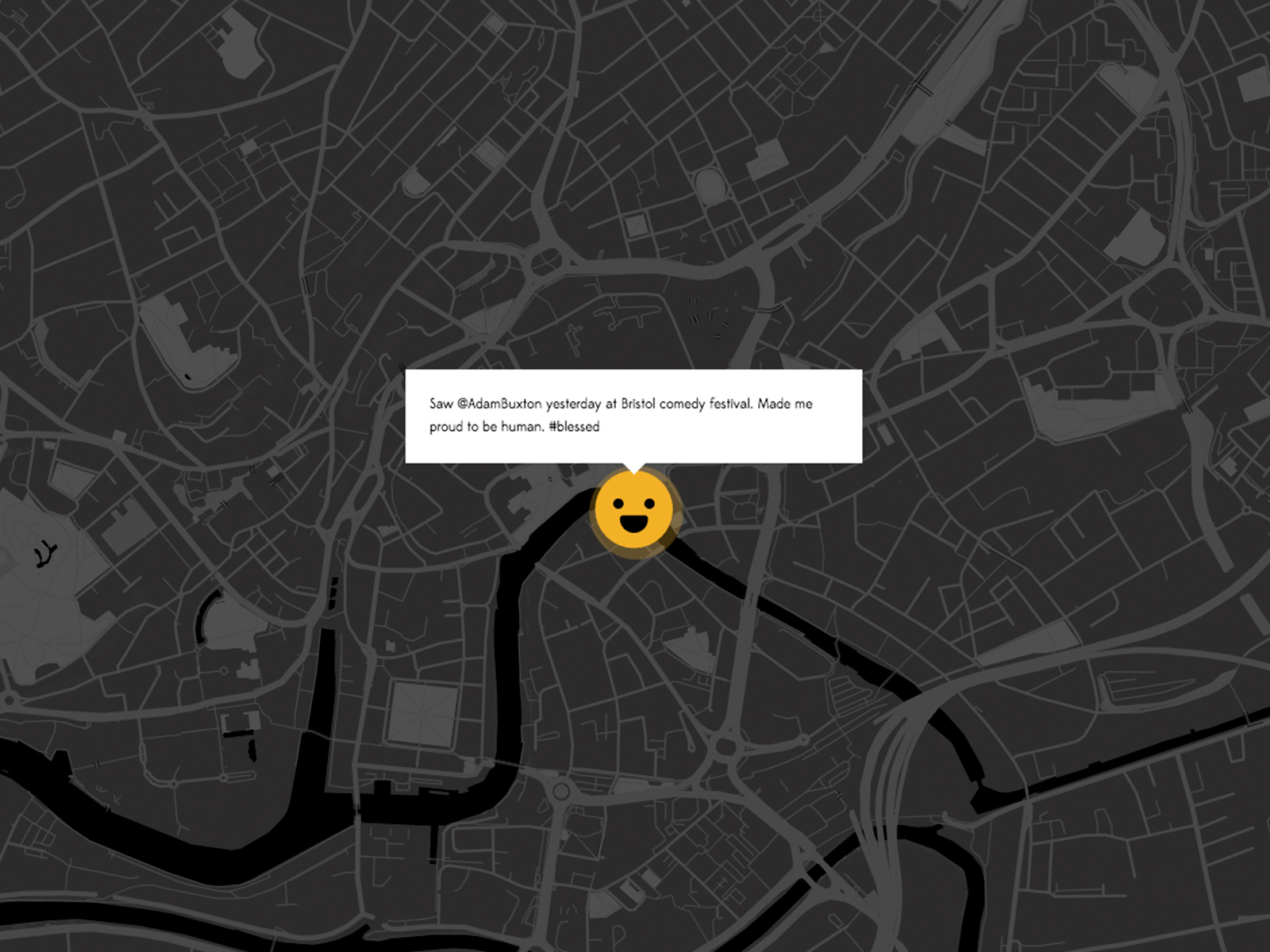